The entire first season of Netflix’s Castlevania dropped on July 7th. The show is comprised of 4, 25 minute episodes and tell the tale of Vlad Dracula Tepes seeking revenge on the human filth responsible for killing his beloved wife Lisa. The setting is near end of the Middle Ages where science is considered witchcraft and the church will execute anyone for studying anything other than religion and this fanaticism is what killed Lisa.

The show is dark sans the grittiness it so desperately needed. The gore, when it was properly drawn, wasn’t gratuitous but didn’t really shock or add to the immediate sense of dread for any character. I wasn’t worried that anyone would suffer an unfair, gruesome death. There was no sense of terror even though the grieving Lord Dracula was committing horrifying acts against humanity.

Remember in my previous article that I said I was getting Claymore-esque vibes from the trailer? Yeeeaaaaaah no. This show isn’t remotely on par with Claymore. From the lazy voice acting to the lazy animation to the lazy storytelling, Castlevania was a major let down. The forced accents and unenthused “Ahhhs” and grunts alone almost made me turn off the last episode. If you’re going to have creatures of the night rip apart and mutilate helpless villagers, at least have the gumption to animate the intestines as more than Pepto-Bismol pink blobs. There were many times in the series that the animation was off putting to me. Capes were static and blood wasn’t splattered and these little details can take you out of the viewing experience. For a show that is only 4 episodes long at 25 minutes a piece, there shouldn’t be any lazy animation. There were beautiful background pieces and and beautifully drawn characters that were poorly animated in the foreground. Most of the combat scenes didn’t feel fluid. 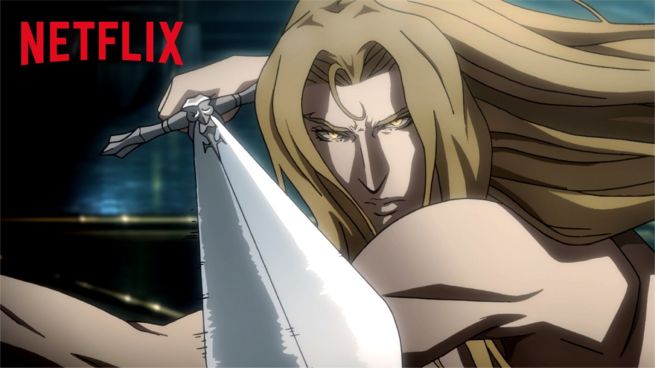 A few times in the episodes, the stories just trailed off without closure or further explanation. And ***SPOILER WARNING*** the death of the main antagonist had sooooooooooooo much room for potential but it wasn’t satisfying at all. It was a huge event that became uneventful. There was no feeling of vindication from his demise. Maybe because it came too soon. Maybe because what killed him was also killed shortly after.

Maybe my expectations were too high. Maybe I wasn’t expecting the cliffhanger that left room for a second season (which is in the works). Maybe I was let down because it was so short. I did go into watching filled with excitement and left a bit disappointed. I say still watch the show. Your opinion may differ from mine. In totality, you’d only be spending n hr and a half of your time viewing this anyhow so go for it. I give this show 2 1/2 stars out of five. It was ok but didn’t live up to its potential. 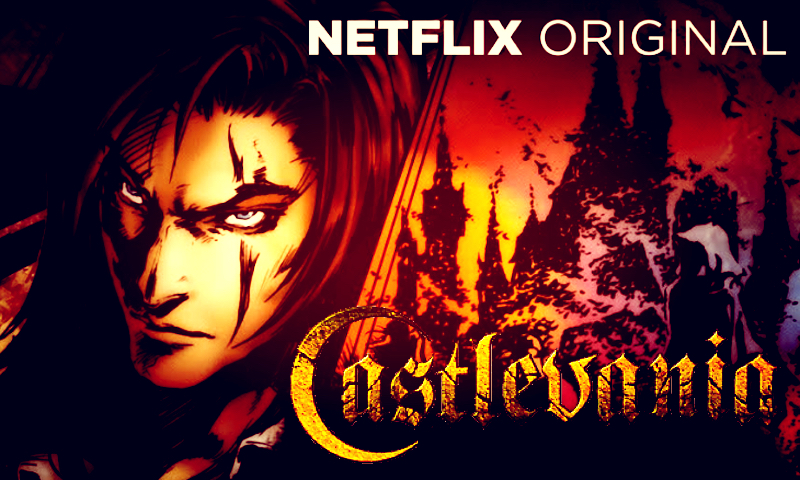 About the author – Elaine C. Kern:

She is a nerd. That is all.