I gave this movie four out of five stars on Netflix and here’s why….

Ah, Good ol Truth or Dare. We’ve all played it at some point. It’s been awhile, but I played it as a drinking game back in college. It probably went something like “Hey, I dare you to run down this hallway butt-naked. If you don’t, you gotta take 3 shots.” This particular situation didn’t happen, but if it did, I probably would’ve just opted for the shots anyway. I definitely use to drink waaaaaaaay to mu…yea never mind. That’s not important. However, what is important is that we all have played Truth or Dare at some point; some of us play it as a drinking game while others play it just for shits and giggles. But have you ever played it for money though?

Cheap Thrills is a movie about a guy named Craig. Craig has a beautiful wife and a new little baby boy (well, the baby technically isn’t a baby. He is a little over a year old, so he’s still small and baby-like. At what point is a baby no longer a baby anyway? When they walk? When they talk?). Unfortunately, this is where all of the pleasantries end because Craig has just received his final eviction notice. He owes $4,500 in rent, and he just lost his job. Since his wife was already unemployed, Craig is placed in a very unfortunate, life-changing situation. He decides to go to a bar to drown his sorrows and there he runs into an old friend (Vince) he hasn’t seen in 5 years. While catching up with Vince, they meet an interesting couple at the bar. Colin and Violet are married, and they came to the bar to celebrate Violet’s birthday. For fun, they decide to play a game of Dare (which is just Truth or Dare without the truth part) and whoever wins get a predetermined amount of money. Colin encourages the two friends to join in and this is where all the fun and shenanigans begin.

Colin, the husband, is played by David Koechner; if you are a huge Will Ferrell fan like me, you will remember him from movies like Talladega Nights and Anchorman. I was thrilled to see him play a role in a movie other than a comedy. Although this was not a comedy, David’s character Colin still resembled the funny characters in some of his other work. Colin was the funny, party guy in Cheap Thrills; surprisingly, when paired with the more relaxed and stoic character of Violet (played by Sara Paxton), they created some truly interesting scenes. I like the mystery behind Colin and Violet. The director purposefully chose to not give the audience too much information about them. Instead of showing a lot of information on most of the characters, you learn about them through their actions and conversations. I believe it was beneficial to withhold personal or background information on the couple because this makes the movie less about them and more about human nature and how big of a role finances play in our lives. This couple is wealthy and has no problem sharing their money in exchange for Cheap Thrills (see what I did there). The only real question is what are Vince and Craig willing to do, and for how much money? This is the question that Vince and Craig contemplated throughout the movie, and by the end, you’ll put yourself in their shoes and ask the same thing.

Cheap Thrills cleverly added something new to the traditional Truth or dare formula. It added money, money, money, and more money which made the motives of the main characters more relatable. For example, if someone dares you to run down a hallway naked, you would probably say hell no right? But what if that same someone told you, I will give you $500 to run down the hallway naked, would your thought process change? Of course it would! If it was me, “We’re going streaking!!!” like Will Ferrell in the classic movie Old School. Cheap Thrills is intriguing in how it tackles human nature. It confronts our reliance and infatuation with money by showing how it is at the epicenter of how we live our lives. We make financial decisions in life based on our family. Money dictates our happiness. Money brings some people together while at the same time destroying others. As the money and stakes increase, you ponder longer and harder about what you are willing to do. How far will someone go to support their family? Can money destroy a friendship? If so, how much would it cost? I’ll leave you with this question, how much is your life worth?

P.S. Be on the lookout for the podcast I did for this movie. I go into a much more spoiler filled discussion about the movie and how awesome it is. 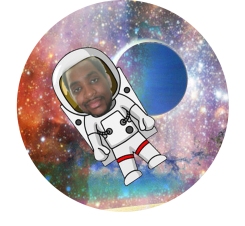 About the Author: Phil Purkett Jr.
Founder and Creator of Some Guy in Space. Second of his name. Real cool dude. Sexy.